By Macy Wilson
Last Update: May 18, 2022
This post contains affiliate links and we will be compensated if you buy after clicking on our links. 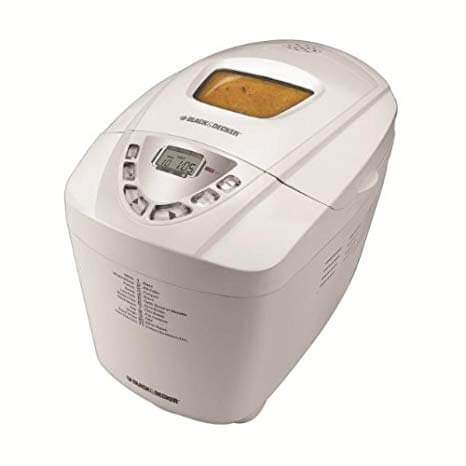 The first time you see the B6000C bread machine, you will probably think that it is going to be so heavy. However, after carrying it out of the box, you’d be surprised that it is very light. It’s even too light for an appliance that is considered heavy duty. While being lightweight is a plus if you plan on transporting your bread machine from one place to another, it does not feel like it is durable. Do you know how appliances are often perceived as heavy because they’re durable? The B6000C goes against that perception.

The Black & Decker B6000C bread machine is unlike the other more sophisticated bread machines. For one thing, it isn’t black and it is pretty light. At first, you would think it’s a toy because it doesn’t look sleek at all; imagine a white storage box with a control panel. Nonetheless, the lightness of the machine is perfect especially if you need to bring it someplace else.

It has 11 pre-programmed settings and this includes settings like gluten-free, low-carb, delay, and crust settings. It definitely takes its bread-making very seriously. Because of the many settings and the durable kneading paddles and baking pan, it produces a high-quality bread loaf. Even if the bread weighs 3 pounds, the same high quality is produced as when it bakes a 1.5 pound of bread.

Because of its large capacity, the Black & Decker B6000C is much more suited for bigger families. It can also be for people who often bake to share. In fact, there are cases when the 3-pound loaf turned out to be of a higher quality than the 1.5-pound loaf. This can be attributed to the two kneading paddles that are maximized if you have 3-pounds worth of ingredients. The bread even becomes more professional-looking when you remove the paddles, 1.5 minutes away from its finished time. Removing the paddles will avoid having those two holes at the bottom of the loaf.

Another thing that was impressive in this bread machine is its ease of use. The instructions in the manual are pretty straightforward and the pre-programmed settings are very easy to understand. Even a beginner at baking can easily produce a good loaf of bread. If there is one thing that could have been improved on in terms of ease, it would be the instruction manual. Yes, it’s straightforward but it would have been better if it explains the different program settings, their amount of time to bake, etc.

The Black & Decker B6000C has an amazing set of features and it can even make a large 3-pound loaf. Thanks to its dual kneading blades it can handle heavy dough without any problem. Although the user experience and the price isn’t the best, it’s definitely a bread maker we can recommend.

Pros and Cons of the Oster CKSTBR9050

Even though the Black & Decker B6000C bread machine is shaped like an oval, it has a horizontal loaf configuration that will produce traditional loaves of bread. For 3-pound loaves, they can be cut into half lengthwise because it is too tall to resemble a traditional loaf.

The two kneading paddles are to ensure that the dough is kneaded properly especially if it weighs 2.5-3 pounds. These paddles are not folded, hence you might have to remove them before the last cycle takes place to avoid having a hole on the bread.

The 11 pre-programmed settings refer to different settings that accommodate different types of mixes. One such setting is gluten-free which is specifically designed for ingredients that do not contain gluten. It also comes with three crust settings, namely, light, medium, and dark.

The LCD control panel, although quite small, shows the cycles taken and the programs chosen.

The viewing window is wider than usual and it allows you to see how good the bread is being baked. It will also help give you an idea if there are any adjustments to the settings that need to be made before the last cycle.

The Black & Decker B6000C machine gives a little extra to their customers by adding a recipe book on the different types of bread you can make with the machine.

Overall, the Black & Decker B6000C bread machine is your best choice when it comes to heavy-duty bread machines. It’s a pro at handling 3-pound loaves and it doesn’t get worn out quickly. It’s definitely for the long-term, especially if you love baking and you bake a lot in one batch.

The only thing that the Black & Decker bread machine lacks is better user experience. It has too small a screen to be easy to use by grandparents. It’s also challenging to use at night given that it has no backlight. Other than that, there’s nothing else you’ll want from a bread machine. 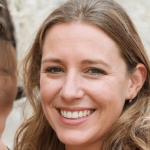